In this newly released video, you can watch them playing toe-tapping propaganda favorites like “Let’s Support Our Supreme Commander With Arms:” (below)

Dear “Supreme Leader,” you are not the first dictator to assemble a band.

In fact, Chairman Meow has won many prestigious awards for producing the pleasing Holiday sounds of his own band; the “Rockcats” aka the original “Pussy Riot:”

So, Mr. Un, let us have a “battle of the bands,” as the Americans say. Then, we shall let the people decide whose band is truly supreme.

Perhaps we should set the stakes high?

As the devil once said, “I’ll bet a fiddle of gold against your soul ’cause I think (my cat band) is better than you…” 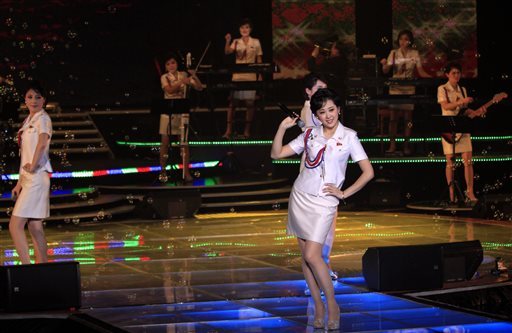 You see, Mr. Kim Jong Un, I also like to live dangerously.