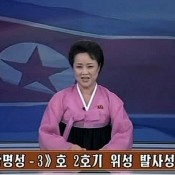 AP: Kim Jong Un Threatens Cats With Giant Space-Laser – In what appears to be retaliation after a recent alliance between Lenin Cat and Chairman Meow, North Korean leader Kim Jong-Un warned that he has obtained a “giant space-laser,” saying:

“The kitty can not resist the laser beam. I have personally instructed my scientists to create a huge frickin’ laser beam in space, capable of reaching every kitchen floor in America.

When I deploy the laser, kitties everywhere will be mere puppets of the Democratic People’s Republic of Korea; helplessly chasing the dot until they collapse.” – Kim Jong Un

Immediately after receiving the threat of a space-laser attack from North Korea, Chairman Meow issued the following statement:

“As leader of the Glorious Kitteh Revolution, I must protect kittehs from all threats; both foreign and domestic.

That is why I haz already ordered mass-production of special scientific glasses that will protect the kitteh against the terrifying, hypnotic power of the space-laser:” 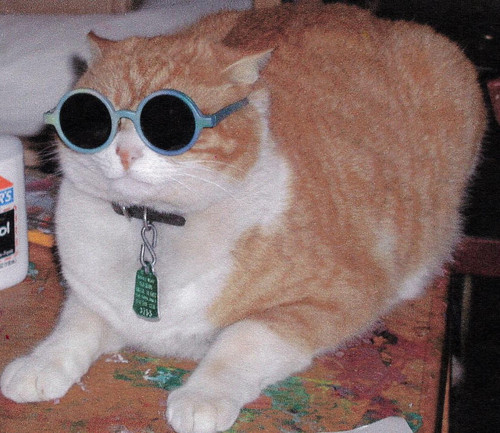 I urge all kittehs to wear these protective glasses until further notice, and the threat is over.

But, fear not comrades; I will blow up this “space laser,” but not before turning it on Mr. Un, so that I may give him a much-needed haircut.

You see, Mr. Un, you will never control the kitteh, because the kitteh is too clever. In fact, soon the Glorious Kitty Revolution will begin, and then you and your people will be mere slaves in Chairman Meow’s catnip fields.”