Upon hearing that there is water on Mars, Great Leader Chairman Meow has quickly promised to send a cat there to search for fishes, issuing the following statement:

“Since the Soviets sent a dog to space, we have been waiting for a good reason to respond by launching a kitteh into orbit. We haz waited many years, because space is generally cold and boring, and the food is bad. However, upon hearing that there is water on Mars, Chairman Meow believes that there may also be tasty fishes, and we must go eat them.”

When asked how such an expedition would be funded, a Chairman Meow announced that he had commissioned a t-shirt design to fund the trip.

“Chairman Meow does not know a lot about Capitalism, but I know that selling t-shirts to Capitalist Pigs should finance the cost of getting a kitty to Mars. While there, the kitty can search for new, exotic tasty kinds of fishes and bring them back so that Chairman Meow and other kittehs may eat them.” 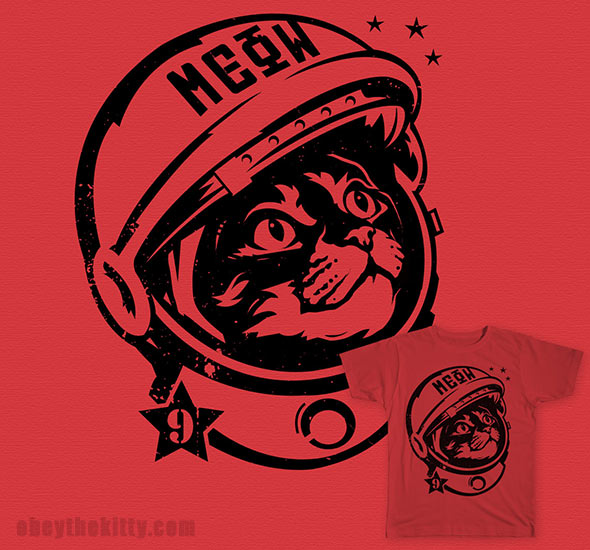 The t-shirt design, titled, “Believe,” has been posted on threadless.com where it may be printed if there is enough support.

“Chairman Meow encourages you to buy one of these t-shirts to show ur Kitteh Patriotism.”